‘No New Progress’ on Zotye Joint-Venture With Ford

Joined Oct 29, 2019
·
38 Posts
One of the things that really peaked my interest with Zotye was their reported partnership with Ford. But apparently there hasn't been any progress made on that. It's a shame if a deal doesn't happen because a partnership with Ford would really help Zotye get settled in the States.

There has been “no new progress” in ongoing talks regarding a joint venture between Shenzhen-listed carmaker Zotye Auto and Ford, Zotye said Thursday in an update published on a platform affiliated the Shenzhen Stock Exchange.

The statement offered no further details. In 2017, Ford and Zotye signed a definitive agreement to set up a 50-50 joint venture, Zotye Ford Automobile, to produce electric vehicles for Chinese consumers.

But the trail went quiet soon afterward, prompting some investors to question whether the tie-up was dead in the water. In August, state-run media outlet China Daily reported that the two companies were re-evaluating the partnership, citing sources close to the matter that attributed the talks’ stagnation both to “dramatic changes” in China’s car market and to industrial policies such as the phasing out of subsidies for new-energy vehicles.

Some of those concerns seem well-founded. During the first six months of 2019, Zotye sold a total of 63,825 vehicles, only 1,868 of which were pure-electric. Those figures were respectively 115,044 and 12,802 over the same period last year — a sign of China’s cooling car market.

The collapse in sales has threatened Zotye’s bottom line, with the company posting a 290 million yuan ($41 million) net loss during the first half of 2019, down from a 305 million yuan profit over the same period last year. The company anticipates a net loss of at least 450 million yuan for the first three quarters of this year.
Click to expand... 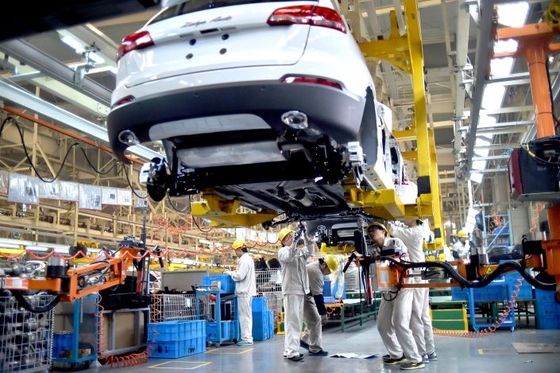 ‘No New Progress’ on Zotye Joint-Venture With Ford - Caixin Global

‘No New Progress’ on Zotye Joint-Venture With Ford
www.caixinglobal.com
B

Joined Oct 18, 2019
·
61 Posts
Zotye might not need it. The way things are today Zotye could attract other partnerships or even run it alone and sell in multiple global markets.
S

Blayne said:
Zotye might not need it. The way things are today Zotye could attract other partnerships or even run it alone and sell in multiple global markets.
Click to expand...

I do think a partnership would help increase Zotye's chances to succeed in the States. Out of all the markets I think that will be the hardest one for them.
1 - 3 of 3 Posts

This is an older thread, you may not receive a response, and could be reviving an old thread. Please consider creating a new thread.